Rt. Hon Ben Bradshaw MP for Exeter and former Secretary of State for Culture, Media and Sport said: “I’m delighted that the Exeter Novel Prize is now an established part of our city’s cultural calendar and the fact that the first two winners have gone on to be published is testament to its growing reputation.”
The 2016 Exeter Novel Prize Award Ceremony
​Notes on the six shortlisted novels by our judge, Broo Doherty
​Raise Them Up - Briony Collins (winner)

Raise Them Up is a novel about an African-American family living in Alabama, United States, during the climax of the Civil Rights Movement. It focuses on the journey of the two protagonists, Totty and Charlie, who are brother and sister.
The novel opens one Thursday night when Charlie is attacked in a diner, and Totty is subsequently raped by the same men. This incident and their reactions to it becomes the driving force behind their actions, both good and bad.
Their reactions to the rape are very different.  Totty starts working for the Black Power Movement, believing that a peaceful solution to racial tension is more effective than anything else. Charlie disagrees and his guilt that he was unable to protect his sister drives him to ever more violent actions.  One night he attacks the men who raped his sister and kills one of them.  Inevitably the remaining two men return, and stab him which results in his death.  Totty, pregnant as a result of the rape, is grief stricken, but Charlie’s death only serves to endorse her view that violence doesn’t pay off.
There is an immediacy to Briony’s writing which captivated me from the start and I found the relationship between these two siblings authentic and poignant.  Her attention to detail – descriptions of rain falling on Totty in an alleyway for instance  - was extraordinarily well done, and her ability to create tension in very few words was brilliant.  She used the life of these two young adults to capture the essence of what it must have been like to be growing up in a black family in America in the 60s and it resonanted with me.  Raise Them Up uses the racial tensions as a catalyst to explore concepts such as family, grief, and revenge. Its overall message of peace and forgiveness is extremely relevant today, particularly in the light of what we have seen happening in London this week.
Allow It - Karina Cornwell

Allow It is a YA crime thriller which examines the realities of gang culture for girls in England. It follows the story of Kayleigh, a fifteen-year-old girl who is wrongfully expelled from her school after a teacher assaults her and sets her up for selling stolen goods, before she can report him.
The novel opens when Kayleigh breaks into the house of a lawyer working on a murder trial. She hands her a box of evidence, including police transcripts and a notebook and begs her to read it. She is articulate, thoughtful and intelligent, and is desperate to put her position in context. She comes over as trustworthy, reliable and scared and certainly won me over through her determination and lack of guile.
The next scene involves her autistic brother, Aiden, a sensitively drawn character whose precision over everything is beautifully drawn, and seems very authentic.  He features throughout the book as a weirdly reliable witness and certainly touched a nerve in me.  He almost deserves a book of his own.
The issues which Karina addresses  – those of relationships, abuse and the meaning of truth – are handled with great skill and precision.  She manages to capture the moment perfectly, and the lack of insight  from any of the featured adults had me squirming as I read it.  A potentially important book, this would appeal to adults and adolescents alike, because both sides of the arguments are so balanced and well drawn. And the characters are wonderfully alive.
The Boy Who Wouldn't Hurt a Fly - Sarah Dawson

A charming and witty romantic comedy about Jess Paridelle, the eldest of a poverty stricken family of nine, and a tortuous relationship with Will, the local Posh boy, with aspirations.
Jess’s parents are down on their luck, pinning all their hopes on Prince, their much treasured greyhound winning the British Derby.  But inevitably tragedy happens on the way to the racecourse when Jess crashed their clapped out car on the way to the racecourse, and Prince breaks his leg. His racing days are over.
But Jess;s father, a lazy chancer, has discovered that his family maybe related to the family that own a nearby high end restaurant, based in the home of 1930s novelist Thomas Paridelle.  Thomas Paridelle died without issue, but he was internationally famous and by all accounts died a very rich money.  Where has all the money gone?
What Jess’s father doesn’t appreciate is that Will’s family changed their name by deed poll when they bought the restaurant, believing that a family connection would bring added kudos to their business.
What follows is a hilarious romp, with misunderstanding layered on misunderstanding, until ultimately our protagonists find true love and the meaning of life. What drew me to this novel is its freshness, originality and humour, and the sheer chaos of Jess’s family life.  Her brothers and sisters are beautifully drawn, her parents lovable rogues, and Jess herself a winning protagonist.  She just wants to escape the family set up, follow her heart and become an artist – and quite honestly I couldn’t blame her.
The Kids at Gator Lake - Len Dawson

Kathleen, a nine-year-old tomboy whose idea of fishing is taking a leaky old rowboat out on the 'gator-infested swamp near her house in central Florida, pressures four other kids into helping her solve a murder mystery. Narrated by her ten-year-old cousin, Billy, Gator Lake is the story of their reckless adventures and narrow escapes in the summerof 1961.
Reminiscent of the Famous Five, this novel has all the makings of an entertaining YA novel. There is an innocence to all the children, and Billy’s burgeoning relationship with Margo has all the ingredients of becoming a charming young love, despite the interventions of the bullying and arch-rival, Tommy Lee. I engaged with all the different age groups – the determination of five year old Lisa not to be left out, her protective older brother Chip, who was only too well aware of the fact that he would be torn to shreds by his mother if anything happened to her, and their bossy sister, Kathleen, fabulously manipulative and determined to push the boundaries to discover what life really has to offer. Again there is a freshness to Len’s writing, an immediacy which transported me to Florida and enabled me to relive my own childhood, and I found Billy’s narrative voice, all-knowing and confident, incredibly appealing.
The Street Sweeper - Bren Gosling

THE STREET SWEEPER is the story of the love affair that develops between two very different men, set in rapidly gentrifying Walthamstow Village in London just after 9/11. Almir is twenty-one, Kosovan but with a new identity, and a guilty secret from his previous life. Flashbacks are undermining his ability to hold down his job as a Walthamstow street sweeper, but he just wants to be integrated into the community and get some sleep.
When he encounters Roland - older, and black; an amateur basketball enthusiast, life begins to change.  Roland, works as a surveyor for the Council, and has recently moved to the village to escape his own past - a Pentecostal upbringing in Brixton, and a failed relationship with a woman with whom he has a thirteen year old daughter.
Theirs is an unlikely relationship, but what drew me to this novel is that it gave me an extraordinary insight into a life I’ve never encountered. The community spirit that accompanies an unlikely professional. The author captures the sense of belonging among a group of misfits – street sweepers who we are all dependent upon. Betty who runs the canteen is a wonderful duck, and Big Ben the supervisor I can conjure up immediately.
But it was the overriding sense of identity that captured me. Almir is unable to avoid the flashbacks to his time in war torn Kosova – a carrier bag in a bin in north london transports him back to body bags and death.  It is a moving reminder of the long term effects of war.  Meantime Roland, while desperately trying to come to terms with the death of his mother, is another misfit.  Born in this country to Jamaican parents, this is the start of his journey to discover who he really is and takes us to the crux of the novel:  identity and being true to yourself. Two huge themes very well explored.
Walking on the Moon - Zofia Duszynska

Walking on the Moon’ is set in London and Moscow in 2014. It is a story about children and parents, the bonds between them and whether our sense of identity depends on knowing our family background.
Zaki is an Afghan refugee whose father was a Russian soldier sent to Afghanistan in the 1980s who stayed on after the Soviet Army withdrew. When NATO soldiers arrived in December 2001 to fight the Taliban he took fright and sent his son to the UK while he returned to Russia.
Scarlett teaches at Zaki’s school. She is also half Russian and befriends Zaki because of their mutual heritage. She teaches him Russian and supports him as he struggles growing up on his own. She offers to help him find his father. Their plans are thwarted when Zaki is accused of rape by a fellow student. Although he is exonerated, he walks away from school and from Scarlett, leaving her feeling foolish and betrayed.
The novel open two years later when Scarlett escorts a school trip to the Old Bailey and finds Zaki in the dock accused once again of a crime he didn’t commit. Their past connection and previous events are revealed little by little as Scarlett becomes involved in trying to clear Zaki’s name.
The relationship that develops between Zaki and Scarlett in these opening pages is original and poignant. Scarlett sacrificing most things for him, in order that he can have a better start in life but Zaki is individual and resolute and will do things on his own terms. I admired him and felt that having had such a rocky start in life it was hardly surprising that he would fight back. He is a strong and impressive protagonist and I enjoyed the way that his life was all set to be a disaster, but with Scarlett at his side he stands a sporting chance.  The writing is compelling and intelligent, with Zaki more than capable of arguing his corner, making it a thought provoking novel about identity, and nature versus nurture. 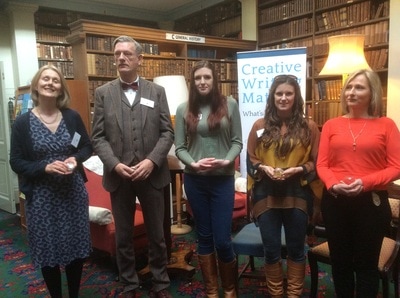 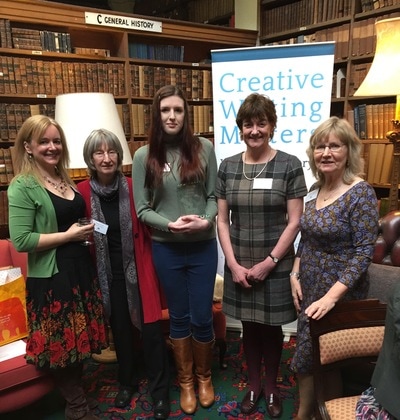 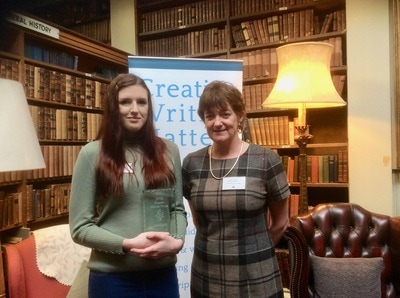 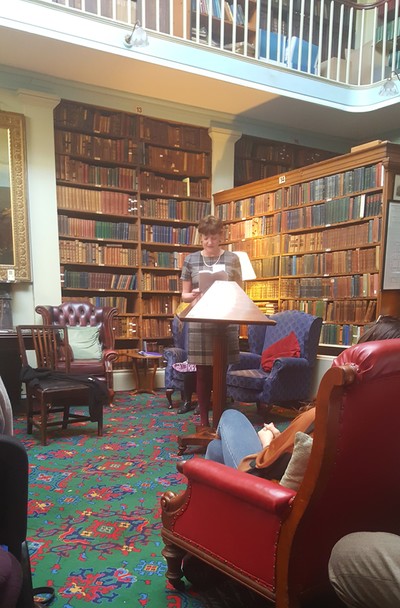 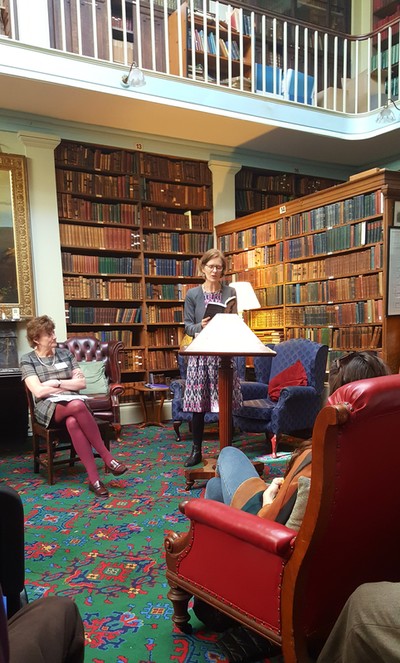 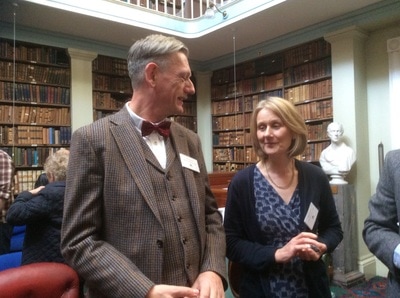 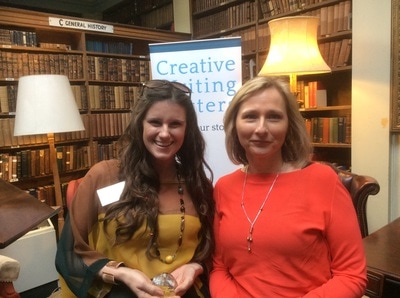 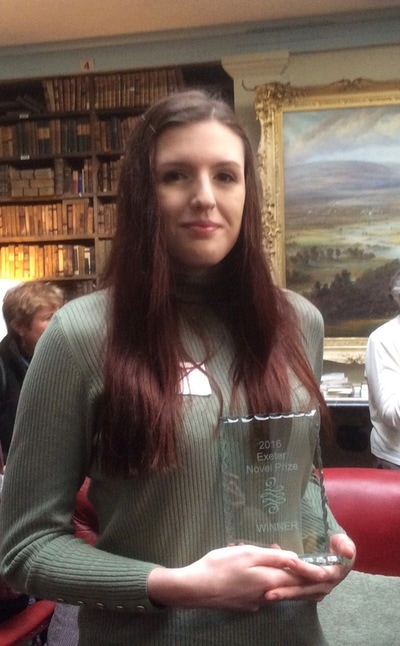